Not A Maverick For Nothing 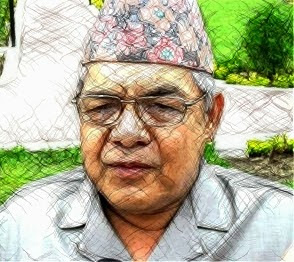 If anything of substance has emerged so far from the much-anticipated standing committee meeting of the ruling Nepal Communist Party (NCP), it has to be vice-chair Bam Dev Gautam’s demand for ‘justice’.
Rising above the din of the seating row, Prime Minister K.P. Sharma Oli’s regular vanishing acts and the virtues or otherwise of the anti-COVID-19 card, Gautam has demanded that the erstwhile Unified Marxist Leninist (UML) faction of the ruling party admit it made a mistake in taking organizational action against him over the Mahakali Treaty a quarter of a century ago.
From Gautam’s telling, the genesis of the UML’s malignancy during the ratification of the Mahakali Treaty was his group’s demand for clarity on the river’s source. Branding the treaty ‘anti-national’, Gautam and other key UML leaders abstained from the ratification vote, eventually leading to a split in the party.
Now that Nepal has issued an official map depicting Limpiyadhura as the source of the Mahakali, Gautam wants a correction of the organizational and historical record.
The NCP is not too keen on being perceived as the successor to the UML, or to the Maoists, for that matter. Both factions have endured much upheaval and excoriation in feigning unity thus far. At the same time, you could argue that the ex-UML faction already expressed some element of contrition by welcoming Gautam back into the fold.
Moreover, the fact that Gautam has been elevated to vice-chair of the NCP and is being projected as potential prime minister would serve to bolster that contention. Still, other leaders who broke away from the UML to form the Communist Party of Nepal (Marxist-Leninist) are in limbo, when it comes to the Mahakali Treaty. C.P. Mainali continues to head a reorganized NCP (ML), while brother Radha Krishna Mainali went on to serve as a minister in the royal government. Sahana Pradhan, who headed that party, is no longer with us.
Much water has flown down the Mahakali in other respects. Prime Minister Oli and former UML general secretary Madhav Kumar Nepal were the leading proponents of ratification. They are bitter rivals today. NCP co-chair Pushpa Kamal Dahal had barely launched his ‘people’s war’ against the monarchy and parliamentary democracy. That rubric is wide enough to include the treaty. He feels he is off the hook. Another key Oli rival today, Jhal Nath Khanal, supported the treaty. But, then, he could argue he was just a loyal follower of the Nepal-Oli duo.
Then there’s the fact that the treaty was signed by a coalition government led by the Nepali Congress’ Sher Bahadur Deuba. The Rastriya Prajatantra Party ministers in that government are today leaders of a royalist party that, at least theoretically, stands in opposition to the existing polity. The third partner, Nepal Sadbhavana Party, has splintered into regional outfits that are still in an interminable fusion-fission process to assume a national identity.
Formal organizational recognition of a mistake – as Gautam demands – would do justice to all the dissenters. But, really, is that ever going to happen? Gautam’s genius lies in his attempt to turn the personal to political and eventually national. Prime ministerial material, no?
Posted by Maila Baje at 9:13 AM