Can This Circle Be Squared? 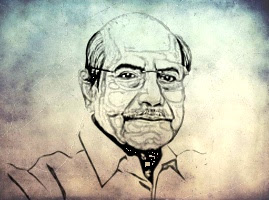 Despite projecting an outward image of consideration and composure, the Indian government must be wondering how things turned out the way they did in Nepal.
Around this time a decade and a half ago, Indian intelligence agents were ‘chaperoning’ – to borrow one of the more colorful descriptives of the time – Nepali Maoist rebel leaders around New Delhi in preparation for the 12-Point Agreement they were expected to sign with the Seven Party Alliance arrayed against Narayanhity Royal Palace.
Although signed separately in November 2005 by the two Nepali parties, the deal would be set in motion the following month, after the South Asian summit in Dhaka brought China more firmly within the region.
It looked like the Indians believed they could really cut the pesky palace down to size and reverse Nepal’s ostensible northern tilt.
Today, as sections of the Indian media are reduced to portraying Nepal as an appendage of China, Prime Minister Narendra Modi can perhaps afford to shrug his shoulders a bit more than others. After all, the myopia of the then-ruling Indian National Congress myopia created the mess. He was a meager provincial executive.
Shyam Saran, India’s ambassador in Kathmandu who was subsequently promoted to foreign secretary, is in an unenviable spot. His reputation in the international diplomatic fraternity is too remarkable to expose his fiasco in Nepal. Yet somewhere, sometimes his conscience does perhaps bother him. After all, India’s post-2006 doctrine in Nepal still bears his name, even if unofficially.
Between the two royal proclamations in April 2006 in response to mounting street protests, Saran, accompanying Indian Prime Minister Manmohan Singh’s special envoy Karan Singh to the palace, succeeded in pulling India back from its support to the twin pillars of constitutional monarchy and multiparty democracy.
Galling as the transience of that triumph must be to its architect today, it must pale in comparison to the what Saran sees the Chinese doing in Nepal. Seminal to our story is that Saran went to Beijing as part of their bilateral strategic dialogue and felt he had persuaded the Chinese that a post-monarchy Nepal would still have room for its northern neighbor. Beijing may have pulled the rug from under the palace just a bit, but the wily mandarins had something else up their sleeves.
No one knows what really transpired during those tumultuous days. Karan Singh later conceded that he thought India would continue with its post-1990 policy of a constitutional monarchy and democratic parties. He appeared to suggest that there might have been another Indian conduit with greater sway over Nepal that was responsible for the monarchy’s removal.
Today, as the so-called ‘Shyam Saran Doctrine’ – the purported ‘democratization’ of Nepal’s political space to restore its geostrategic core firmly within India’s sphere of influence – lays exposed, the man still feels he can square the circle.
“While India should reject the Nepali state’s ill-conceived territorial claims, it should do everything to nurture the invaluable asset it has in the goodwill of the people of Nepal,” wrote Sharan, concluding a recent commentary.
Through a mixture of rough banter and convenient historical digressions that only an evocative ex-journalist could pull off, Saran nevertheless mounts a valiant effort. If he succeeds in nurturing the goodwill of Nepalis while negating our territorial claims as ‘ill-conceived’, let’s hope success proves less fleeting.
Posted by Maila Baje at 3:04 PM