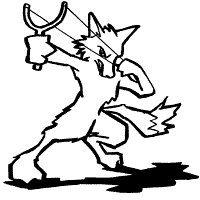 The world’s largest democracy boasts one of the freest presses on the planet. No news in that. Of course, the real picture is less enjoyable.
The Indian media is largely free at home. How newspapers and television channels serve as government propaganda tools – even instruments for subversion – is becoming clearer.
Nepal has been on the receiving end for a long time.
One Indian TV channel has been accused of trying to fake a Maoist attack on an army camp during the municipal elections last month.
Few Nepalis might have forgotten how another TV channel proudly identified a Nepali passenger as one of the hijackers of an Indian Airlines flight originating from Kathmandu in December 1999.
Unfazed by the criticism, the channel’s follow-up story was on how lax security was at Tribhuvan International Airport. The reporter breezed past all levels of security, filming his feat with a hidden camera. The problem was with what the reporter didn’t report. He flashed his press pass, brandished his ticket at all points before boarding the plane to Delhi. Of course, he could move around so freely.
Then there are subtle ways in which propaganda is foisted on the gullible as news. Take this Indian reporter based in Kathmandu. The scribe produces a prodigious amount of copy each day, primarily for a widely subscribed news and feature service.
To be fair, the stories do provide a refreshing contrast to the staid and supercilious copy other Kathmandu-based Indian scribes are known for.
However, the reporter in question is also a full-time correspondent for Calcutta- and Hyderabad-based newspapers. When this scribe offers an angle to a story, the two daily newspapers carry them prominently. The larger Indian dailies carry the news-service version of the copy, which also runs in European- and US-based publications and websites.
In effect, one reporter can create a Lincoln Steffens-style news wave that distorts what actually may have happened in Nepal. Take the recent discrepancy in the casualty figures following the Maoist attack in Ilam. This reporter did a story on the basis of a Nepalese daily’s reporting, which itself was based on clearly flawed sourcing.
Accuracy, balance and consistency were still cardinal rules of reporting the last time Maila Baje checked – even amid the concentration of journalistic power in one reporter.
Posted by Maila Baje at 7:03 PM