Has The Backlash Begun? 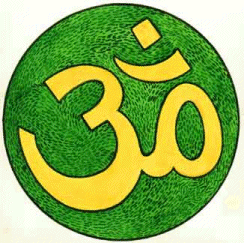 Thousands of Nepalese have protested in Birgunj against the House of Representatives’ proclamation turning Nepal into a secular state. More than 5,000 people burned tires and logs, and blocked roads in the southern commercial hub, about 150 km south of Kathmandu.
Shouting “Jay Shree Ram!” demonstrators forced shops to pull down shutters and forced vehicles off the streets. They are demanding that Nepal be declared a Hindu nation.
The secularization of Nepal was part of a series of changes designed to clip King Gyanendra's powers drastically and reduce his links with the army. That was probably why the collapse of the world’s only Hindu kingdom prompted barely a flutter in a nation where 80 percent of the 26 million inhabitants are Hindus. The measure was hailed by ethnic indigenous communities as well as Christian and Muslim organizations.
Nepalese Hindu groups, widely perceived as supporters of active monarchy, could not have found the political atmosphere very congenial to mount a vigorous opposition. It fell upon India’s Hindu nationalist Bharatiya Janata Party (BJP) to highlight that hitherto obscure distinction between the Hindu character of the preponderant part of the Nepalese state and its monarchy. The BJP, which hesitated to come out in full support of the royal takeover, blazed the trail. A world that has a multiplicity of Islamic republics could certainly have made room for its first Hindu nation regardless of whether Nepal remained a monarchy or became a republic.
Birgunj has some symbolism in the Hindu-versus-secular Nepal debate. Last month, when the anti-king protests were at their height, the World Hindu Federation (WHF) had celebrated its silver jubilee by holding a lavish program in the city, which was attended by King Gyanendra.
WHF chief Bharat Keshar Simha, a strong supporter of the royal takeover, had urged Hindus all over the world to support the monarch. On Wednesday, Simha said his organization would continue to fight against the parliament’s decision, calling it “illegal” and a “conspiracy against the country”. A decision taken by a handful of people, Simha continued, was not acceptable to all Nepalese.
More portentous was his next assertion. “If political parties are convinced that the state should be declared secular, they should have courage to go for a referendum and get people’s mandate rather than making a proclamation in an illegal way.”
Juxtapose Simha’s challenge with the commiseration of Chintamani Yogi, principal of Hindu Vidyapeeth, who believes the harmonious co-existence of several religions in Nepal could be endangered.
Injecting some color into his contention, Yogi added: “Muslim brothers sell bangles to Hindu sisters in front of Krishna temple in Lalitpur. Such harmony might be destroyed if we try to politicize religious matters.”
Has the backlash begun?
Posted by Maila Baje at 5:56 PM