Don’t Wriggle Out Of Responsibility, Comrades 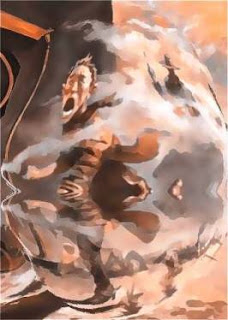 Finally, the Maoists have conceded defeat – in their characteristic deceitful way.
The ex-rebels have given Prime Minister Girija Prasad Koirala a three-day ultimatum to make clear the government’s stand on the monarchy and declare dates for the constituent assembly elections. Or else, they won’t join the government.
In fairness, the Maoists have shown remarkable restraint in the aftermath of the Gaur carnage. But they seem to have trained their anger on Koirala. Dev Gurung described the premier as a puppet of regressives – almost in as many words – before demanding his resignation.
Krishna Bahadur Mahara, the man expected to lead the Maoist contingent in an interim government – seconded that sentiment in less strident language. Now the Maoist central committee has threatened to stay out of the government until its conditions are met.
The comrades, in reality, have adroitly shirked from the responsibility of governance. Everybody knows the government can’t hold the constituent assembly elections on time. The Maoists don’t want to take the fall for not being able to conduct an exercise they virtually own.
But Prachanda’s dilemma goes beyond that. The greatest revelation he can come up with on the Gaur massacre is that Hindu fundamentalists from across the border were involved. So seal the border. Prachanda wants a judicial inquiry into the killings; Upendra Yadav wants a United Nations probe.
The Maoist chief probably regrets having gone overboard on the ISI revelation in New Delhi. At least he could have used more fiery language against the imperialist-expansionist collusion with greater credibility.
Madhesis, janjatis and the entire cluster of the ancient-grievances camp has unmasked the Maoist myth of being the champions of the underdog. For all his bark on a grand royalist conspiracy, the best Prachanda can come up with is a collection of press clippings some sympathiser burned on a CD. If someone in the Nepal Army really handed over that disc to the Maoists, then he has made the entire force proud.
From president in waiting, Prachanda has become a verbal loose canon that inspires more derision than dread. In retrospect, it looks like the Maoist supremo forced Dr. Baburam Bhattarai to draft that pre-purge self-indictment before appending his signature to it. Before, of course, making his own pilgrimage to Delhi.
True, the Maoists still have powerful allies like Indian External Affairs Minister Pranab Mukherjee who believe in the ex-rebels’ reincarnation as democrats. Yet Mukherjee’s minions caution the Petroleum Ministry against twisting Nepal Oil Corporation’s arms too hard lest it set the stage for a royal takeover. This time the buck will stop at Gen. Katuwal.
Maybe Koirala should meet those Maoist conditions, step down, and offer Prachanda the premiership along with the royal palace affairs portfolio that probably still comes with it.
Posted by Maila Baje at 10:16 PM