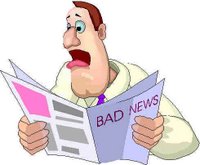 Anything Nepal does these days to advance its national interest inevitably draws scowls from Indian officials and analysts. Our friends across the southern border seem increasingly worried that China and Pakistan may soon open consulates in the Tarai.
India's effort to wrap its opposition in the wider complaint of the "undemocratic" nature of the royal regime is becoming sickening.
What do the Chinese want to be doing in Biratnagar? (Just think how the Chinese must have felt with all those Indian checkposts on Nepal's northern border decades ago.)
And Pakistan? The country doesn't even have a border with Nepal, much less any chance of developing substantial trade ties? Why does it need a formal presence in Birgunj? (If geographical proximity were such a noble consideration for the Delhi babus, Nepal would have long been enjoying unimpeded access to those few miles of Indian territory that separates us from Bangladesh.)
The automatic conclusion of Indian security experts is that King Gyanendra is inviting Beijing and Islamabad to open consulates to force New Delhi to soften its policies on his government. Narcissism refuses to see its limits.
New Delhi has every right to communicate its strong displeasure to Kathmandu over these and future move. Just as Kathmandu has every right to freely pursue its options as a sovereign nation.
For a country that hopes to benefit as a transit point between the two Asian giants, the idea of expanding Chinese diplomatic points to facilitate trade and commerce is only logical.
Similarly, with the South Asian Free Trade Area having come into force this year, Nepal is justified in seeking to broaden economic ties with the second largest economy of the region.
No one denies the political/strategic content of these moves. However, obsession with that dimension must not be allowed to obscure the wider benefits Nepal would stand to gain.
Moreover, if China and Pakistan end up establishing those consulates, it will have been based on a clear recognition of the benefit to their growing relations with Nepal.
In the year since King Gyanendra took direct control of government, Nepal has made a conscious decision to correct the distortions that had crept into its foreign policy during multiparty rule.
Nepal recognizes the traditional ties it has with India and the mutual benefits they offer. By seeking to tighten what is already a stifling embrace, India is only doing a disservice to those shared values and interests.
Domestic and international critics are welcome to oppose this reorientation of Nepalese foreign policy based on the merits of the issue.
By denigrating it as a flaunting of the "China Card," critics are only exposing their intolerance for Nepal's right to pursue its sovereign choices.
Posted by Maila Baje at 8:05 PM